The 2019 Belclare show season kicked off in style at Athenry Show on the last Sunday of May, with an excellent display of sheep. Breeders were keen to get their sheep out before the Belclare All-Ireland which takes place in two weeks time and this led to some very competitive action. 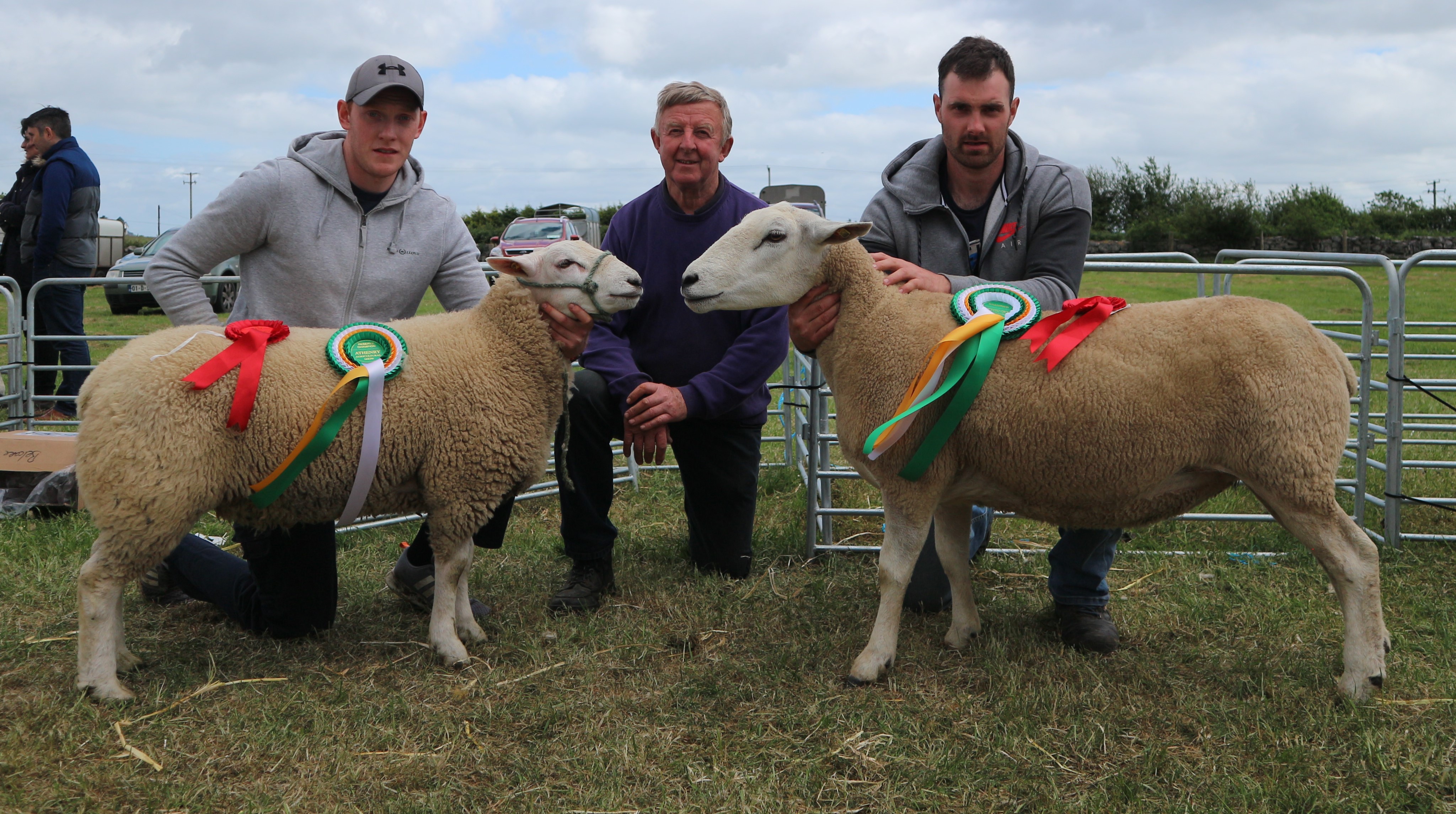 In a change to normal running order it was the ewe lambs who took to the showring first. The first red rosette of the day went the way of Richard and John Lalor with a sharp looking daughter of Rathkenty Alabama. In second place was a Cahergal Carly daughter from the father and son team of Liam and Eoin Dunne, while the third prize went to local breeder Sonny Jennings with a daughter of Rathkenty Beethoven.

Up next was the ram lamb class, which proved to be the largest class of the day. Offaly breeders Liam and Eoin Dunne went one better in this class when their Tubber Eoin took the first prize. This very tight skinned January born son of Violet Hill Derrek is sure to be a popular choice when he gets offered for sale at the Premier Sale in August. In a reversal of the placings from class 1, the Lalor brothers took the second prize with Rathkenty Excalibur a son of Rathkenty Cheetah. Sonny Jennings again took the third prize with Cahergal Enar a son of Rathkenty Beethoven.

The final male class of the day was the senior ram class. The red rosette again went back to Tipperary with the Lalor brothers, when their Rathkenty Caesar a son of Rathkenty Alabama took the prize. This impressive ram was continuing his winning streak from last year where he had been the All-Ireland and National Champion Hogget ram. Second place went to Cahergal Carly a two-year-old son of Rathkenty Beethoven presented by Liam and Eoin Dunne, with the third prize going to Barry Cunningham’s Rathkenty Chopin another son of Rathkenty Alabama.

The final class of the day was the senior ewe class. This class provided Liam and Eoin Dunne with their second winner of the day, second place went to Sonny Jennings while third prize went to Richard and John Lalor.

With six super sheep entering the ring for the championship, it was no easy feta to select a Supreme and Reserve Champion. However, after much deliberation Rathkenty Dolly was tapped forward as the Supreme Champion while Tubber Eoin was awarded the Reserve Champion.